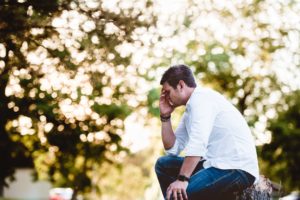 Hands up if you’ve asked the question, ‘can you get workers’ compensation for stress?’

If your hand is up, you’re not alone.

Many Americans live with mental illness. This includes employees at your company. In fact, the National Institute of Mental Health states that one in six American adults are suffering from a mental illness.

Due to the prevalence of mental illness, it’s critical for employees and employers alike to understand the rights of workers dealing with mental health issues.

Keep reading this guide to better understanding workers’ comp for stress and anxiety. We’ll also cover the basics about other mental health issues caused while on the job.

workers comp for stress and anxiety

What is Worker’s Compensation?

In general, to be granted worker’s compensation, the injury or illness must arise from the course of employment. Usually, the injury must be severe enough, requiring more than just simple first aid, for it to be covered.

Employers sometimes require their employee to undergo a physical exam to confirm the extent and details of the workplace illness or injury.

Workplace illnesses are less common than injuries. Illnesses related to the workplace often occur from continued exposure to pollutants.

All US employees dealing with mental health issues are protected by the Americans with Disabilities Act (ADA). These rights include the following:

Usually, employees can choose to keep their mental illness private. However, when an issue is known or when it affects work, an employer may have the right to require an independent medical exam to determine whether an employee is mentally capable of returning to work.

In some cases, workers may file a workers’ compensation claim for work-related mental health issues. For example, if an incident at work leads to a post-traumatic stress disorder, this could result in a valid claim. Depression and anxiety caused by work could also lead to claims. Even severe stress may result in a claim.

When determining whether mental illness is covered, it’s important to look at the state laws.

Workers Comp for Stress and Anxiety

In 2019, stress and anxiety are two of the leading causes of work absence. Research shows that they account for a third of national absences.

Many people still think of post-traumatic stress disorder (PTSD) as being linked to soldiers who’ve been in combat. Of course, this is not the case. People can develop PTSD after a range of different kinds of trauma.

These can include traumatic events at work. Are you wondering whether you qualify for worker’s compensation after a traumatic incident at your workplace? The answer will depend on where you live and the nature of the incident that caused your PTSD.

PTSD occurs when a person is exposed to actual or threatened death, sexual violence or serious injury. Examples of how a person could develop PTSD from a workplace trauma include a teacher witnessing a school shooting or first responders to scenes of violence.

Another example is a supervisor or manager held hostage or a construction worker who observes an unusual accident involving a colleague.

Flashbacks, nightmares and emotional distress can all occur as part of a PTSD diagnosis. People also often suffer from depression and anxiety as a result of lack of sleep. For these people, continuing to work in the environment n which the trauma occurred can be extremely triggering.

In order to understand why the topic of worker’s compensation and mental health is so important, it’s helpful to acknowledge the following.

After cancer and heart disease, mental health conditions cost the nation the most money. In addition, mental illnesses are the leading cause of disabilities, accounting for one-third of disability claims in western countries.

Every year, these claims increase by 10 percent. Combined with substance abuse, mental health issues cost employers between $80 and $100 billion in indirect costs. Examples of indirect expenses include absenteeism and lost productivity.

In terms of workers compensation depression, research shows that over 50 percent of injured workers will go through clinically-related depressive symptoms, particularly in the first month of injury.

In a similar way that physical injury claims work, state workers’ compensation laws may cover illnesses arising from a singular event (PTSD). In some cases, they’ll also cover conditions that result over time, such as anxiety or depression.

Of course, it’s more difficult to prove these illnesses than it is to establish injuries which can be seen from an objective standpoint.

One of the complexities involves the requirement for the patient to establish a causal link between the workplace and the mental illness. This method of tracing the illness to the job is tricky but critical.

An example of this is that, for a stress-related claim, the claimant must demonstrate that they suffered stress because of workplace factors rather than personal ones.

State laws may state the burden of proof that a claimant has when alleging a workplace illness or injury. In New Jersey, for example, a claimant must establish that they were an employee and that the injury was caused while they were at work.

In some cases, the claimant may even be required to prove that they suffered a permanent condition resulting in the loss of function of a body part.

After reading this article, it’s clear that mental health issues can affect people for a number of different reasons. They can affect any employee at any point in their career.

Keep in mind that trauma in childhood, genetics and environmental stress all work together to predict the start of mental illness. Along with this, the stress of having an occupational injury can be a trigger of depression and anxiety.

So, what are the next steps?

For more information about workers comp for stress and anxiety, please contact us. We’re more than happy to support and guide you through the challenging process of workers’ compensation for mental illness.