Done but Not Dusted: Can You Reopen an Old Workers Comp Case? 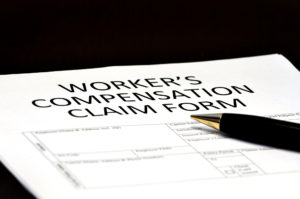 There are times in life where the doors get closed, and the locks welded shut. Many legal situations, thankfully, allow for reasons to reopen that door.

You might be wondering, can you reopen an old workers comp case? And the answer is, yes, under certain circumstances. The exact nature of your injuries, the time period, and the reasons to reopen all need qualifiers.

A quick glance at the Bureau of Labor Statistics list of reports shows why this question keeps coming up. They have reports broken down by injured body part and time of day injuries occur. However, nothing obvious about the delayed onset of injuries or complications.

Read on to get a solid primer about the court proceedings and timelines after your case is ‘closed’ before it is closed for good.

Can You Reopen an Old Workers Comp Case?

The timeline between the original injury, the settlement, and the need to have the case reopened is crucial. Reopening a case takes up more of the Court’s time and you know that companies aren’t chomping at the bit to hand out more cash, deserved or not.

Secondly, if you are attempting to open a case that was denied, it’s still possible if compelling reasons can be put forth.

Let’s go over these different scenarios. Remember, getting the most out of a worker compensation claim takes planning and documentation.

Before you get too far into the reasons that a case can be reopened, let’s go over when it can’t.

If you signed a settlement known as the compromise and release, you have made a final settlement. This settlement is often larger, in the form of a lump sum above the cost of medical bills and wages lost.

For the most part, this means you sign away any legal right to reopen the case or revisit the settlement, even if complications from the injury arise. Not all states allow for this type of settlement in the first place because you can’t have a ‘meeting of the minds’ to sign away a future possibility with limited current knowledge.

Georgia, however, is a state where the compromise and release, or ‘full and final’ settlement can be made. This shouldn’t be surprising if you look at Georgia’s worker’s compensation page, it gives scant information and recommendations for what recourses companies can take to learn about claims and insurance.

If for some reason it’s proven that fraudulent statements were made, settlements get nulled and new cases opened. Proving fraud isn’t easy and the cost to investigate and uncover it falls outside what most people can pursue.

The timeline to settle a claim in Georgia is the same as the statute of limitations in filing a claim. This tends to be seven years from the initial injury or one year after you complete medical treatments.

If for some reason you did not sign a ‘full and final’ settlement, one year is the timeline to get a claim reopened.

The reasons to get a claim reopened depend mostly on how injury presents. If you suffer a known complication to the initial injury that wasn’t stipulated in the original settlement, that bears reexamination.

A flare-up or stressing of an old worker’s comp injury at the same workplace or even a different one can allow a new claim to be made as it is considered a new injury.

In the case of fraud, where a complication to your injury gets intentionally hidden, the previous settlement may be voided. The steps to reopen a voided claim are different than those to reopen a typical claim. The fraud case needs to get settled and then an open enrollment for looking into the facts starts again.

When a judge tries a case and denies benefits, reopening the case requires additional evidence.

Again, fraud is a clear bit of evidence for this type of reopening. An aggravation of the original injury or complication allows the case to be sent before a judge again. In this instance, it requires that these things be outside of information originally submitted and ruled on.

The process for reaching a settlement doesn’t take a trial in most instances. When a judge denies a claim it is after being presented with information from your attorney, the companies legal counsel, and/or the Worker’s Comp insurance legal team.

These entities gather facts of the case and place a settlement offer before the judge.

Reopening a case differs from filing an appeal. Appealing the case comes from a dispute over the presented information and whether or not legal protocol was followed.

Reopening occurs when new information calls into question the merit of the original decision.

Most denials come about because of issues with deadlines and paperwork. The time to report an injury has a several year window because injuries are not always immediately apparent. However, once the balls get rolling, the Court wants to deal with the issue swiftly.

The next most common reason for a judge to hand down a denial relates to the medical condition. In Worker’s Compensation claims, the extent of an injury is hotly contested. You, the company, and the insurance provider all use different standards for doctors.

Third-party doctors, those not working directly for the company or your personal physician, tend to have the strongest word in these matters.

The best way to keep the answer to “Can you reopen an old workers comp case” a yes is to work quickly. You’ll need to put together extensive documents on a short time frame to avoid running down the statute of limitations.

Contact us today to learn more about our sterling record of winning worker’s compensation cases.